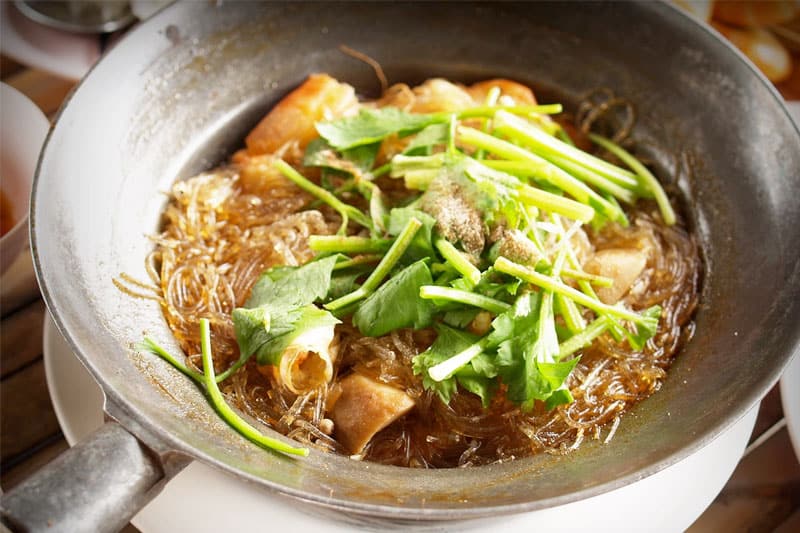 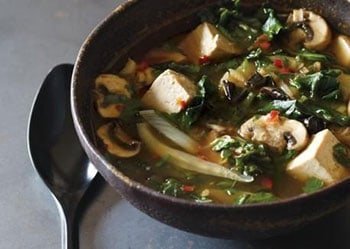 You’re probably not aware, but there is an entire festival dedicated to vegetarian practices in Thailand. Despite the name, the Vegetarian Festival has more to do with religion and purity than it does to do with a lifestyle. Let’s take a closer look at this unique celebration that is celebrated by people in Thailand, China, Singapore, Malaysia, Vietnam, Indonesia, and Myanmar.

Where is the Festival Located?

The Vegetarian Festival is observed in most parts of Thailand, particular those with large numbers of Chinese immigrants. This would include Bangkok, Chiang Mai, and Phuket. Most of the rituals and festivities are performed near Chinese temples, which the believers feel helps cleanse their body and soul.

When Does It Take Place?

The vast majority of these festivities occur during the first nine days of the ninth month of the Chinese calendar, typically in September or October. 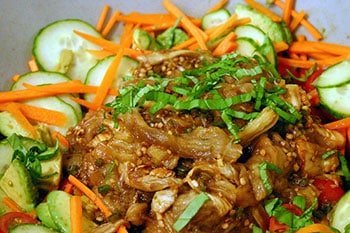 According to legend, during the middle of the nineteenth century, an orchestra party from China visited Thailand for a unique performance. However, they succumbed to a fatal fever illness. To recover, they prayed to the Nine Chinese Gods to hopefully get cured from the dangerous disease they had been overcome by. To appease the Gods, they offered an offering of abstinence along with rituals and prayers and the consumption of vegetarian foods. They were magically cured. That marked the start of the Vegetarian Festival.

What Does the Festival Involve?

The festival starts with the lighting of a lantern pole and then raising it to notify the Nine Gods of the festival’s start. The pole is lit outside of each of the Chinese temples and the pole stands some ten meters tall. After all poles are lit, the Gods are said to descend onto the temples to spread positivity and well-being to purity seekers. Those who arrive in Thailand just to see the festival can also participate if they’d like to abstain from the culprits of impurity or by lighting candles in the temples.

After the festival has been initiated, purity observers visit the temples where the Gods are. They also invoke the spiritual powers so their household remains healthy and blessed. 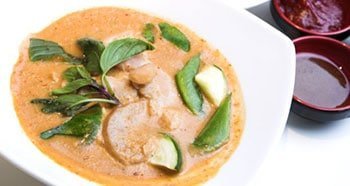 Attendees also wear white to represent their abstinence. They also keep their body and homes very clean during this period. Additionally, the go so far as to not share their utensils with people or friends that haven’t observed the purity process or vegetarianism. On top of this, no dairy products are consumed for some ten days before the festival. Couples too avoid being intimate to stay pure. Those who are mourning are not allowed to participate in the festivals. Women who are pregnant or menstruating also cannot participate in the rituals.

As for the namesake, the Vegetarian Festival, countless food stalls are set up to serve vegetarian food for those who are observing. Each stall is marked with a yellow flag in Chinese or Thai stating “Jeh” which translates to pure and vegetarian. Most of the foods are made of soya and other protein forms along with fruits and veggies. Ginger and garlic also are abstained from because they invoke high energy which is said to create negative feelings in the consumer.

Next is the more uncomfortable part of the festival. Unmarried adults can offer their body as an agent for the Gods or “Masong” as they say. These Masongs perform certain rituals during the next ten days. In particular, they practice self-harm and mutilation, but this is administered by medical professionals. These individuals believe they are possessed, which is why they feel no pain. This progresses into piercings of the face, cheek, tongue and hands.

The Masongs join a progression after their piercings and practice fire-walking and ladder climbing—where they step on a ladder made of blades. These Masongs distribute blessings such as candies and orange cloths for good luck.

Make no mistake, the Vegetarian Festival isn’t for the faint of heart.